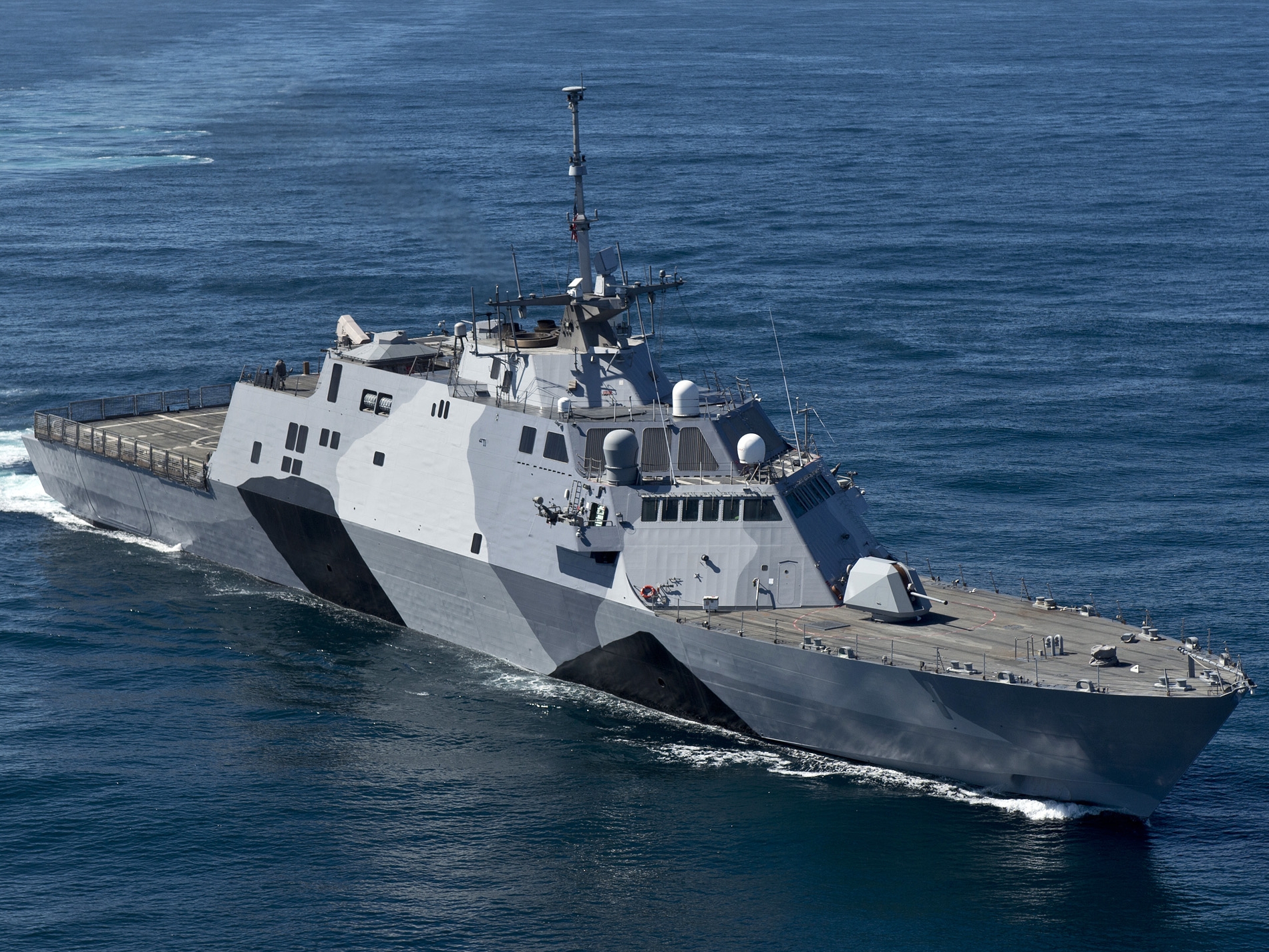 In November of 2020 Marine Group Boat Works was awarded a Continuous Maintenance Availability (CMAV) contract for the USS Freedom in preparation for overseas deployment. With a tight period of performance to complete the job, MGBW exceeded the Navy’s expectations by completing the project efficiently and on schedule. Utilizing the experience and expertise of both MGBW employees and multiple subcontractors, the project was overseen by MGBW Project Manager Andy Nottberg.

Nottberg, a Cal Maritime Academy graduate, spent years as a Deck Officer on U.S. Government ships in support of the U.S. Military Sealift Command. His years of experience attributed to the success of this project which impressed many key figures involved, most notably U.S. Navy Captain, J.J. Fay. Captain Fay personally thanked Nottberg for the “exceptional technical knowledge, work ethic, and dedication” that he and the team displayed. In addition, Captain Fay thanked Nottberg for his leadership, communication, and creative solutions offered to several notable challenges that arose during the project.

MGBW Director of Government Operations Hugh Vanderspek credits his team’s ability to remain composed under pressure as a key contributor to this success. He commented on MGBW Lead Production Supervisor Ismael “Izzy” Plasencia’s involvement in the project, noting, “he is a rock-star: competent, approachable and experienced.”

The project was not without its hurdles. The tight timeframe was made even more challenging as the vessel’s crew were quarantined to ensure there were no COVID-19 cases before the ship left port. In addition, the vessel had not deployed for years, so there was continual growth and equipment repairs that were needed pre-deployment.

Ultimately, the team worked together and pushed hard during the holiday season to make these necessary repairs happen. Because of MGBW, Nottberg, Plasencia, and their team, a warship deployed in exceptional condition and will continue to support the country’s national defense efforts.